An effective technique to write as a Team

It is interesting how the simplest of ideas takes so long to figure out.

Achieving team consensus, still requires several iterations and there will be some frustration among team members.  However, it is far easier to review and edit a storyboard than paragraphs and paragraphs of technical writing that does not flow and has conflicting grammar.

After the storyboard has been reviewed and there is team consensus, then sections of the storyboard can be assigned to team members and the content can be converted into sentences and paragraphs.

The advantages of using a storyboard are numerous:

The first time I used this technique with a team of 9 senior engineers, we won a 4.5 million dollar grant from the Department of Energy, so it really worked.

Below is a sample schedule for writing a proposal.  Notice the storyboard sections in the schedule. 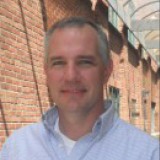 Have an idea for a blog or just want to make a general comment?